The Bankes Charity Cup Football Competition, based in Dorset, dates back to 1889 and is open to clubs who are affiliated to the Dorset County FA or other County Associations.

We run leagues from Under 15s to Adults and all profits are donated to local charities.

In 2019 we celebrated our 130th Anniversary of the Bankes Charity Cup and we are delighted to announce that £1,400 has been donated to local charities from the 2018/2019 Season

Arrangements for the 2020/2021 Bankes Cup Competition

The Bankes Charity Cup Football Competition has been in existence since 1889 and every year runs a number of Competitions with the aim of providing grass roots football whilst raising much needed funds for Dorset charities.

If you feel you would like to become involved with our enthusiastic committee then please contact the current Scretary, Steve Small, by email.Email Steve Small

Dates for your Diary 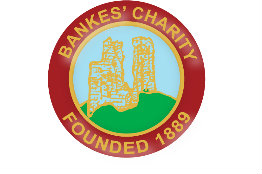 This affects clubs that play at Step 7 (e.g. DPL) and above that also have teams within their club using the same ground playing below Step 7 (e.g. DFL)